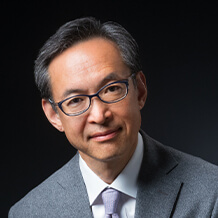 Graduating Kyoto University, BA in Law 1983, Shiokawa started career at Foods Group, Mitsui Co., Ltd, involved in trading edible alcohol etc. He gained MBA at Harvard Business School in 1996 and returned to Mitsui as leader of strategic investment team of Foods Group, involved in M&A and subsidiaries management. In 1999, he took lead in merger deal of Sanyu Shokuhin and Koami, which became current Mitsui Foods Co., Ltd .
In 2000, he joined GE Capital, involved in M&A and took lead in both acquisition and divestiture deals. He became board member & deputy president at GE Fleet Services, leading sales & marketing in 2006.
2007-Nov. 2019, He joined Xerox Corporation as executive director in Japan, in parallel, acting as audit & supervisory board member of Fuji Xerox, involved in overall management of the company. He was deeply involved in Fuji-Xerox merger during 2017~2018, though the deal didn’t come through.
Leveraging on experience in both Japanese and global companies, he gained capabilities of global strategy and management and leadership. He was strongly interested in growing next generation of whole-person leaders and involved in founding Shizenkan University in 2017~18.