May 18 : Preparing for an Unknown Future (Webinar)
2020年05月01日
Admissions
overprint

Free webinar with Professor Patrick Newell on May 18 at 19:00. 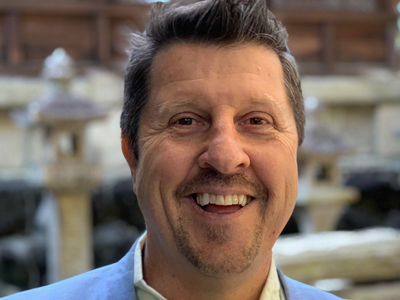 Patrick is teaching “Science, Technology, Innovation and the Future of Human Existence” as well as “The Art of Communicating a Vision and Ideas”  in Shizenkan University.

In 2008, Patrick co-founded TEDxTokyo, the first TEDx, TEDxYouth & TEDxTeachers events outside of the USA.

In 2014, Patrick wrote “TED Power” to inspire people to find their ideas worth spreading and take them further than imagined.

In 2017, Patrick and team hosted the SingularityU Japan Summit which is the first Summit event held in Japan.

In 2019, he published the book “Strategies for keeping Japan #1”. Patrick interviewed over 150 people to research how they see Japan in 2030. Japan is #1 in many areas beyond economics and the latest technology and can be a role model for the rest of the world in some areas.

(2014) TED Power. Ideas to Change the World and Yourself, Asahi Shimbun Publications

(2015) Develop the Skills to Survive the Future, Shogakukan

(2019) The Strategy to Protect Japan’s “Number One” Status, Kobunsha