The future of capitalism will soon be in the hands of the next generation of business leaders, who will want to leave their own imprint on shaping a new socio-economic system. This is viewed not only as an aspirational thought but also as a responsibility. This initiative is designed to be a catalyst for personal thought and commitment and a network-building opportunity.

The educational journey will be based on sharing experiences and reflections with top executives, entrepreneurs, policymakers, activists of various backgrounds, academics, and people dramatically affected by our current systems, such as former street children and former child soldiers. Academic Directors will facilitate a dialogue between students and those guest speakers.

The objective of this Initiative is to help students understand the key issues society faces within the capitalist system today, as it acts as an integral part of the socio-economic system. Because today’s socio-economic system is founded upon the nation-state, democracy, and capitalism, when challenges faced by capitalism are discussed, often reflections on the nation-state and/or democracy become inevitable. By connecting virtually with thought leaders trying to address critical concerns arising out of the current system, students will gain insight from firsthand experiences. Furthermore, students will engage in dialogue with people affected in various ways by today’s socio-economic system to better understand their perspectives and interests. Each student is expected to reflect upon the role of business enterprises in society and the responsibility of business leaders, and translate the inputs from the sessions into a personal commitment for the betterment of society as a future leader and a plan to bring about changes to her future professional environment.

Students will form teams to work on a Final Output, which they will present to a group of business leaders during the final session.

The Future of Capitalism is jointly offered by the IESE Business School in Spain and Shizenkan University in Japan, in cooperation with the School of Inspired Leadership (SOIL), India, and Fundação Getulio Vargas (FGV), Brazil. Students from those four schools will together participate in this course, and the sessions will be designed and facilitated by Prof. Tomo Noda (Shizenkan), Prof. Franz Heukamp and Ricardo Calleja (IESE), and Mr. Anil Sachdev (SOIL).

Franz Heukamp became Dean of IESE Business School in September 2016. He is the Antonio Valero Chair of Business Administration, and Professor of Decision Analysis. He previously served as Associate Dean for MBA Programs between 2012 and 2016, and as Secretary-General between 2009 and 2012.
Dean Heukamp’s intellectual interests center on decision-making under uncertainty. He has published work on this subject in several specialized journals such as Management Science, Organizational Behavior, and Human Decision Processes.
Prior to joining the IESE Business School faculty in 2002, Dean Heukamp received his Ph.D. in Engineering from the Massachusetts Institute of Technology, and holds the title of Ingénieur Civil des Ponts et Chaussées from ENPC in Paris as well as a degree in engineering from Technische Universität München.

Tomo Noda is Professor and Chair of the Board of Trustees at Shizenkan University. He is also the founder of ISL (Institute for Strategic Leadership), a Tokyo-based educational institution dedicated to developing next-generation leaders with the willpower, character, and creativity necessary to catalyze social and business innovation in Japan.
He is an expert in organizational strategy and transformational leadership, and was a faculty member of the London Business School (1996-1997), INSEAD in Fontainebleau, France (1997-2000), INSEAD ASIA in Singapore (2001-2003), and SIMI (Scandinavian International Management Institute) (1996-2005) where he taught strategic and international management to MBAs and executives.
He is also an active member of the Japan Association of Corporate Executives. He has led a project team for promoting NGOs and social entrepreneurship in 2011 as well as a nation-wide task team for restoring the Tohoku region affected by the 3.11 earthquake and tsunami disaster between 2012 and 2017.
Prof. Noda holds a Bachelor’s Degree in Law from the University of Tokyo, a Master’s Degree in Science in Management from the Massachusetts Institute of Technology, and a Doctorate in Business Administration (Business Policy) from Harvard University.

Anil Sachdev is the founder and CEO of Grow Talent Company, Ltd., and the School of Inspired Leadership (SOIL) in Delhi, India. Grow Talent was created in 2000 and became the leader of the strategic HR consulting industry by 2006 in India.
In 2008, Anil and the other co-founders of Grow Talent entered the field of education by creating SOIL. SOIL has been co-created by a consortium of 32 leading firms and has focus on the five pillars of inspired leadership: Compassion, Diversity, Ethics, Mindfulness and Sustainability.
He has been adjunct faculty to leading business schools such as Indian School of Business, Kelly School of Business, Indiana University, GMI, Flint Michigan, Antioch University, Seattle, Ohio University and the University of New Brunswick, Canada.
Anil began his career with Tata Motors in 1975 after completing his MBA from the University of Pune and joined Eicher in 1978 and worked in HR, operations, and TQM. He is the Founder of Eicher Consultancy Services and was its CEO till 2001.
He is active in management circles and has held several public offices such a Chairman of National Committees on Leadership Development, Human Resources, Industrial Relations of the Confederation Indian Industry.
Anil is a member of the Academic Committee of CEDEP located at Fontainebleau, France. He is also a member of the World Compassion Council, based in Seattle and a Trustee of the Chinmaya Mission. He serves on the Global Board of Shizenkan University.

Prof. Calleja holds a Ph.D. in Legal and Political Philosophy from Universidad Complutense de Madrid, where he graduated in Law. In addition, he has been Postdoctoral Research Fellow at IESE and visiting scholar at the Busch School of Business at the Catholic University of America in Washington D.C., and the Mendoza College of Business at the University of Notre Dame in Indiana. He has done three consecutive years of summer research at the NYU School of Law in New York.
Prof. Calleja has taught ethics and other subjects in social philosophy at the University of Notre Dame, Holy Cross College in Universidad de Montevideo, and UNIS (Guatemala), among others.
Currently, he focuses his research on the development of political wisdom in business organizations and the contribution of business firms to the common good. He is also working on the moral and social responsibilities of technological disruption. He is interested in non-commercial strategies for business firms in their interaction with the socio-political context. He has recently published in scientific publications, such as Philosophy of Management, Journal of Corporate Citizenship, Journal of Management Development.

Introduction: Is Capitalism the Only One that Can Solve Issues of Capitalism?

The Academic Directors will introduce the theme and spectrum of capitalism’s key issues as a socio-economic system. Supporters will also send a message to students.

Students will discuss capitalism and democracy, and the role of media with Mark Thompson, former CEO of New York Times and Director-General of the BBC, and Bill Baker, Member of IESE US Council in New York.

Capitalism: View from the Bottom

Students will have a dialogue with formerly street children in Bangladesh. This session will be coordinated in cooperation with Shubhashish Roy, Founder and CEO of Ekmattra Society, a Bangladeshi NGO promotingadvancement for underprivileged children.

Capitalism and International Conflicts: Is Business Dirty or Clean Hand?

Students will have a dialogue with former child soldiers in Uganda who were kidnapped and forced to participate in military actions. This session will be coordinated in cooperation with Shingo Ogawa, President of Terra Renaissance, a Japanese NGO that offers vocational training for former child soldiers in Uganda. Jimmy Otema, Head of Office in Uganda, and Tosha Maggie, Staff of Africa Division, will share their life experience.

Students will connect with Rome. Stefano Zamagni, President of the Pontifical Academy of Social Sciences, will speak about the Catholic Church’s view on economic systems, capital markets, and environmental sustainability. Students will then discuss the past, present, and future of capital markets with Francesco Vanni d’Archirafi, former CEO of Citi Holdings in London. 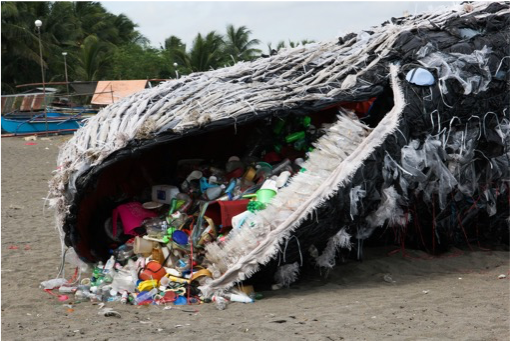 Students will connect with Jennifer Morgan, Executive Director of Greenpeace International, in Amsterdam. She is a renowned expert on climate change and discusses environmental sustainability with students.

While Brazil is one of the largest economies in the world, the country is a “showcase” of today’s socio-economic system’s positive and negative sides. Students will engage in a dialogue with Carlos Ivan Simonsen Leal, President of FGV, on how to

fight against corruption and rebuild trust, which is a crucial condition for a healthy function of capitalism and democracy.

The rapid advancement of science and technology has been bringing a dramatic change in today’s socio-economic system. Will we have a utopia or dystopia? Students will connect with Scott Belsky, entrepreneur and investor, and James Higa in Silicon Valley to discuss future scenarios of our society and necessary leadership actions.

Students will discuss with Ravi Chaudhry, former Chairman of the Tata Group and a thought leader in India, how we can build businesses based on a holistic view of nature and humans. 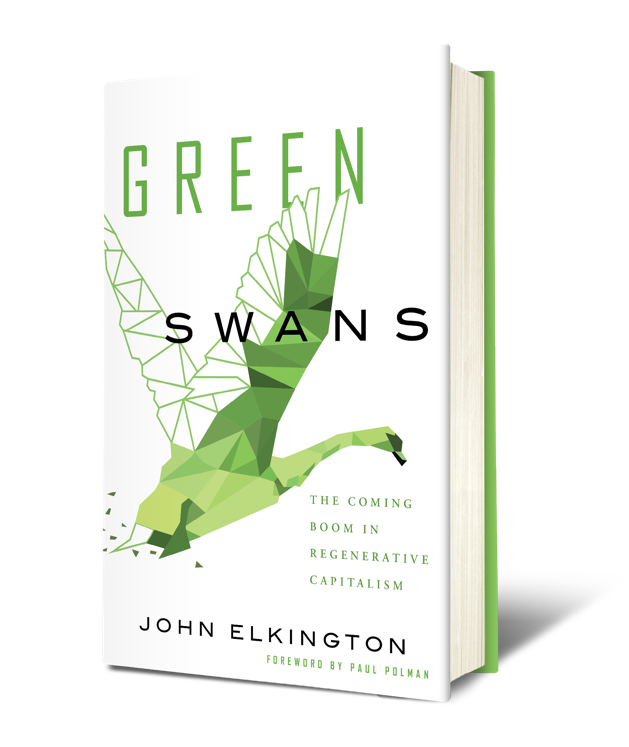 In the first part of the session, students will discuss with John Elkington, an authority on corporate responsibility and sustainable development, and to make capitalism sustainable. In the second part, we will explore the roles and responsibilities of business enterprises and leaders by examining the qualifications required for making management leaders a true profession.
In Part II, Tak Niinami, CEO of Suntory Holdings., will speak about his management philosophy and his view on the key questions on the future of capitalism.

Students will make presentation of the Final Output among them to select two Finalist Teams who will present their Final Output during the Final Session.

Two Finalist Teams will present the Final Output to the group of Supporters. A roundtable of Supporters and discussion among all the students, Supporters, and Academic Directors will follow.